The pipe organ at Mayflower Church was originally built as Tellers Organ Company’s magnum opus No. 1054 in 1968. Due to increasing problems with the original electro-pneumatic windchests, relay systems and console, a major rebuilding was deemed necessary. The rebuilding would also provide a good opportunity to make tonal improvements to the instrument and to augment the instrument’s size and capability.

The first step was to eliminate the sluggish pneumatic relays and rebuild the windchests. Most of the Tellers windchests were retained and converted to electro-mechanical action. A completely new Positiv windchest was build to accommodate a better layout of stops. A new windchest was installed for the for the flute stops of the Great division. All of the windchests are controlled by solid-state relay systems manufactured by Lauck Pipe Organ Company.

Tonally, the organ has several additional ranks of pipes, plus several extensions, increasing the size of the instrument to 94 ranks. Of interest is the addition of a 16′ series of pitches to the great organ (16′ Violone, 5 1/3′ Grosse Quinte and 3 1/5 Grosse Tierce plus a 16′ Double Trumpet, 8′ Trumpet, and 4′ Clarion). An 8′ Harmonic Flute was added to the Great and the Great Fourniture Mixture was relocated from the facade to the main chest. The Pedal Mixture was also moved from the facade to the chamber. The Pedal 32′ Untersatz, which originally stopped at low FFFF, was extended all the way to low CCCC with new pipework. In the Swell, a second Mixture was added, as well as a pair of 4′ Strings. In the Gallery organ, an 8′ Principal Celeste was installed. The Celestial Strings, Vox Humana and the Choir Cromorne were relocated from a 1930 Casavant Organ. The Choir Cor

Anglais was built by A.R. Schopp’s Sons, Inc. Extensive revoicing and tonal finishing was done to create a well-balanced ensemble, while still retaining the integrity of the original Tellers Organ.

A new console has been built for the organ. The design of the console reflects the Georgian colonial architecture of Mayflower Church. It was completed by Craig Manor, with the assistance of Chris Cole and James Lauck. Mr. Manor produced drawings for the console’s construction, as well as the five handmade keyboards which feature bone-capped naturals and ebony sharps. The console is made of tulip poplar (finished white) with Hondoras mahogany trim. The drawknobs and pedal sharps are of ebony.
The console has hermetically sealed magnetic reed switches for all key contacts, to keep out dirt and eliminate corrosion. The Lauck coupler system is completely solid-state. The console has 99-memory levels of combination action and a record/playback system with full MIDI by Peterson. 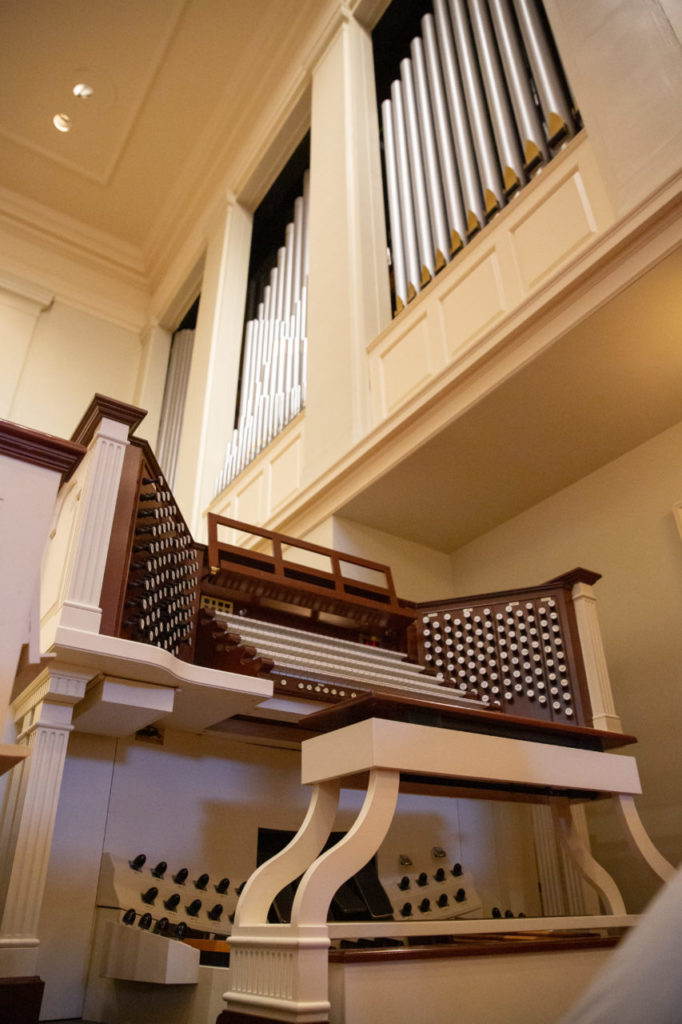 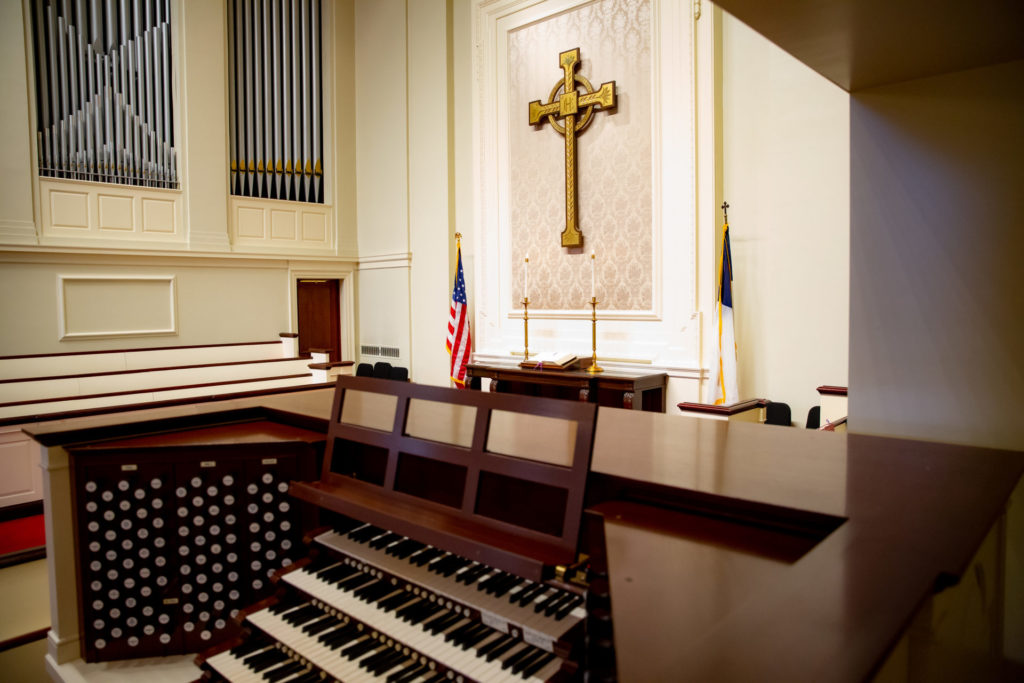 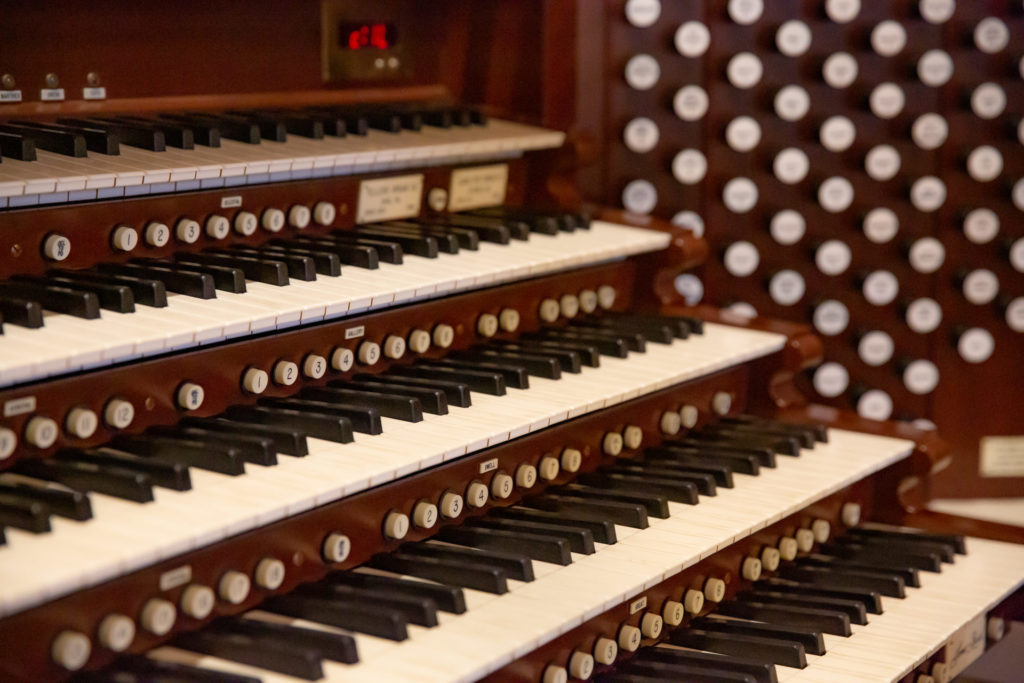